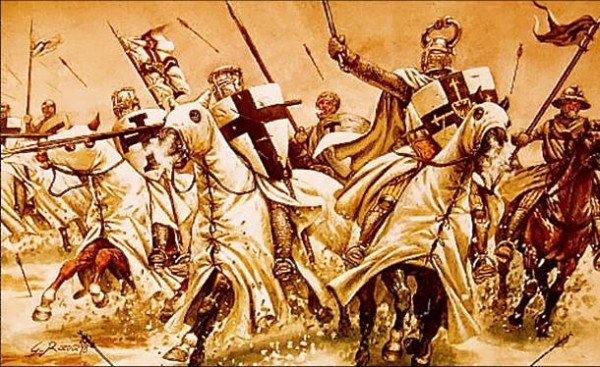 “Keep your religion to yourself.

“Religion is a private matter, something that is personal for you.

These are common statements we hear, and fundamentalist Christians get a lot of grief for not adhering to such concepts. Today I would like to explain why these don’t make sense, and why, when religions, particularly Christianity, are done properly, these concepts actually can’t be respected.

It has been my observation that non-religious people see religion as sort of compartment in a person’s life. It is like a drawer in the mind that can be opened and closed when appropriate. The fundamentalist lacks manners because he or she does not understand, or respect the appropriate time to open the drawer. Such people feel annoyed or uncomfortable when religious topics surface in everyday conversation, and may even feel manipulated. Religion, to them, is something like sex—a very powerful, but very vulgar topic, best kept out of polite company. This is understandable but it is based on a flawed concept.

Religion, when done properly, is not like a mental drawer that can be opened or shut at will. It is something like…one’s culture or ethnicity. For me, as an American, I cannot “turn off” the American in me. I am American, and it influences everything I do. From the way I think, what I think about, what I want in life, down to the way I dress, the way I eat, the way I conduct myself…it all comes out of my culture. There are times, when I may be specifically “American,” such as during a national holiday, or when I act with the sort of capitalist entitlement for which we Americans are so wryly attributed. But myself and my culture are so intertwined that it is not possible for me to separate them. It is not possible for me to be “a-cultural.”

Religion is much the same way. Rather than being a separate drawer, it is strain that runs through life, and influences everything a person does. Christianity, for instance, teaches that we are all God’s creation, built for relationship with him, but that there are evil forces that vie for the souls of men. We are all locked in this epic battle of good and evil, and we each play a part in fighting the battle by helping others understand that they too can have a relationship with the Creator. This understanding under girds everything a Christian does…how they think, what they think about, what they pursue in life, down to how they conduct business, how they vote, and even how they dress and date.

So, when such a Christian is told to keep their religion to themselves, or that religion is a private matter, it doesn’t make sense. It is like asking them to rewire their thinking patterns. How do you do that? I can stop mentioning the words “Jesus” or “God,” or not quote Scripture, but they still float around in my head. I can refrain from explaining a Biblical concept, but you will not truly understand why I did what I did, or what I said or didn’t say.

Not to say that I can’t exist in a secular society. Of course I can. But sometimes I feel like I am undercover, trying to make an un-politically correct lifestyle politically correct. I sometimes treat it like a game. It’s a sort of a double-talk semantic game on how well I can secularize a Christian concept. Angels and devils, become “good and evil.” Concepts like deliverance and exorcism, become, “overcoming those mental and psychological barriers that keep you from being the best person you can be.” Tithing and offerings become, “charity donations.” Praying about a decision becomes, “thinking it over.” Christian schools become “private schools,” and homeschooling, a common practice in Christian families frequently attributed to neo-abusive Christian indoctrination, becomes “private tutoring.” And so it goes.. this is how life in a secular world must be conducted. (This is also why Katy Perry “cut a gospel record.”)

I imagine it must feel like that to be gay. Your sexuality is intrinsic to who you are, yet everyone you meet, you have to feel them out. Are they one to be trusted? Can I let my walls down? You throw out test comments, and read their faces and body language. When you get a negative response, you know you have gone too far and you back up. And then you know, that’s the depth that that relationship will have.

So this is why people can’t keep their religion to themselves. It’s not a lack of manners. It’s a cultural difference that will always be with us. This is why the apostle Paul wrote that Christians should be “in the world, but not of it.” We should be active in our culture and our world, but in a secular culture, like Paul’s Rome, there will always be a part of us that is misunderstood. But in an increasingly culturally-conscious world, I ask you, is it right to ask us to change? Or is it politically correct to let competing cultures co-exist?